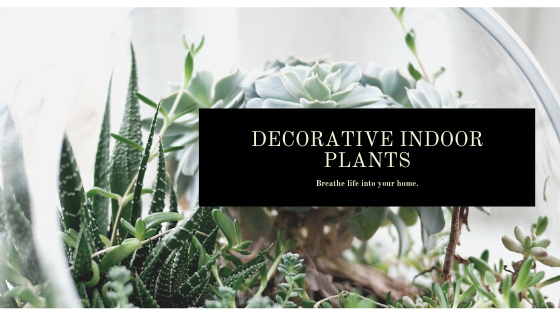 Posted at h in Blog by developercat
0 Likes

There are many articles readily available online for buying plants or herbs for indoor conditions. In this article, let us introduce some of the more unique or ornamental plants which can be kept indoors that can serve as centerpieces and decorations. 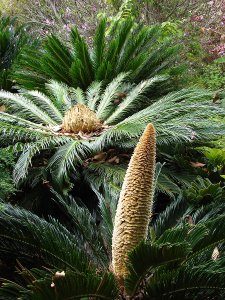 Cycads are slow-growing plants producing only a few leaves each year. Due to its very slow-growing nature, it is suitable to grow them indoors as they can do without direct sun and requiring little watering and care. It is mostly used as conservatory ornamental plants. Starch from the stems of some cycads is edible after removing the alkaloid by thorough cooking. Some leaves and seeds of certain cycads can be eaten as well.

One interesting fact of the cycad species is that they can be differentiated between male and female. However, one can only tell when the plant produces the cones. The female produces seeds (background) and the male counterpart produces pollen from a large cone (foreground). 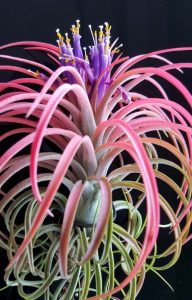 More commonly known as air plants. Unlike their name suggests, tillandsias do not simply live on air alone. It still needs constant watering and occasional fertilization if possible.

Tillandsias are perennial flowering plants, meaning they can live rather long and are native to the forests, mountains, and deserts of regions from Mexico to the United States. Since the recent introduction of this species by local collectors, this species has been in popular demand as they are rather easy to take care of. They are clean (no soil needed) and the beautiful colours it produces when they start to spike (or flower).

Tillandsias are epiphytes. They are plants that produce minimal root systems to mainly anchor onto other plants or substrates. Tillandsias absorb nutrients through its leaves and not its roots thus eliminate any need for soil. Watering has to be controlled as excessive watering can cause core rot which is, most of the time, irreversible damage leading to an early end to the plant. Good airflow is also necessary to allow faster drying time between watering. 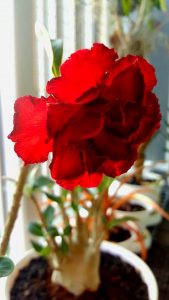 Suculants are plants with thick and flashy leaves usually to retain water as they are often found in arid regions. One popular succulent species which is easily found here is the Aloe Vera. Some other popular species of the succulants includes the Cactus, Adeniums, Haworthia, and many others. 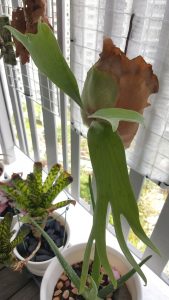 Ferns are very easy to maintain. They do well indoors with little or indirect sunlight with just the occasional watering or misting. However, good airflow is important to prevent fungus. For fertilization simply mince up dry banana peels and drop the mixture onto the roots system. One popular type of fern is the Staghorn fern. As its name suggests, the fronds (leaves) are shaped like the antlers of the horns of a stag thus earning the name “Staghorn”.

Staghorns can be mounted onto a wooden board and hanged on the wall near windows. The shape of the curvy leaf fronds and the unique feature of the shield fronds will easily get the attention of visitors to your home. However, some species of Staghorns can grow to an impressive size. Some as big as a small car so it is best to find out which species you are getting.